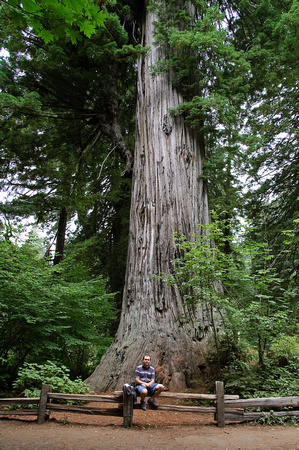 In 1850, old-growth redwood forest covered more than 2,000,000 acres (8,100 km2) of the California coast. The northern portion of that area, originally inhabited by Native Americans, attracted many lumbermen and others turned gold miners when a minor gold rush brought them to the region. Failing in efforts to strike it rich in gold, these men turned toward harvesting the giant trees for booming development in San Francisco and other places on the West Coast.

After many decades of unobstructed clear-cut logging, serious efforts toward conservation began. By the 1920s the work of theSave-the-Redwoods League, founded in 1918 to preserve remaining old-growth redwoods, resulted in the establishment of Prairie Creek, Del Norte Coast, and Jedediah Smith Redwoods State Parksamong others.

Redwood National Park was created in 1968, by which time nearly 90% of the original redwood trees had been logged.