The trees in Port Moody were turned blue by Konstantin Dimopoulos. He's an Australian artist changing the colour of trees to what could be called an Avatar blue for a reason: to draw attention to global deforestation, whether it is in the tropical forests of Thailand, the Amazon jungle in Brazil or the boreal forest in Canada.

“We are getting people stopping and asking what we're doing. I say, 'I'm glad you're asking.' It's those who pass by and don't ask that I worry about,” Dimopoulos said.

“The reason we're dong it is not so much about urban trees but about raising consciousness about the huge deforestation issue. If we don't start looking after the old forest, we won't have them. To me, urban forests are secondary to the old forests.” 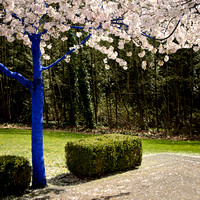 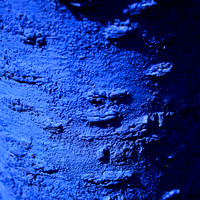 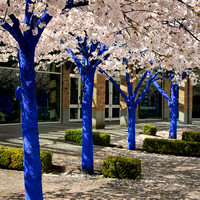